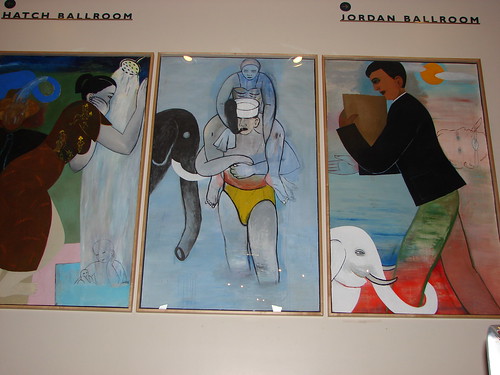 Image by my_new_wintercoat
"Campus Challenge 2007" photo. This painting is located in the student union building as one heads up the stairs towards the Hatch and Jordan Ballrooms. The name of the artist and the work escape me, but I’ll find out.

Previewing the Best of the Non-BCS: Middle Tennessee State
This is part one of a series highlighting the best teams in the non-AQ conferences. In the BCS era, only two non-AQ conferences have produced all of the BCS busters: the Mountain West Conference and the Western Athletic Conference. Often, conferences such as the Sun Belt are completely ignored. No one knows much about these teams besides the loyal fans of these “mid-major” conferences. And any …
Read more on Bleacher Report

Football: Hawkins still bullish on Buffaloes in Year 5
In December 2005, Dan Hawkins was considered a “home run hire” by University of Colorado officials when he was lured away from Boise State, where he had compiled a 53-11 record that included three seasons of 11 or…
Read more on Omaha World-Herald