Q&A: Could the second amendment be under attack again? 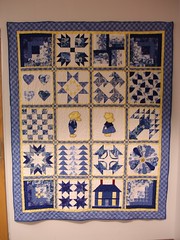 Question by Easy, later tonight my rm.: Could the second amendment be under attack again?
or is this just a ploy to pander to certain Democratic constituents? wash a few hands but not really do the final rinse.

Attorney General Eric Holder stated “the president will seek to reinstate the ban on semi-automatic firearms”.

Several times on the campaign trail, Obama told voters “I’m not going to take your guns away.” He said it at rallies in Duryea, Pennsylvania and in Boise, Idaho. He also told a news conference that “Lawful gun owners have nothing to fear..a…I think people can take me at my word.”
mmv..I forgot that
nightwind….great answer..

Answer by Crazy Dave
Always under attack! If the government takes our guns then how will we defend ourselves against them? America is becoming a police state!

Add your own answer in the comments!

8 Comments on “Q&A: Could the second amendment be under attack again?”